The Australasian Centre for Corporate Responsibility​ (ACCR) has published new analysis of the impact of underreported methane emissions on Glencore’s operational emissions footprint.

Based on estimates from the SRON Netherlands Institute for Space Research, ACCR conservatively estimates that Glencore has underreported its operational emissions by 11-24% between 2018 and 2021.

Methane is a critically important greenhouse gas, and far more potent than carbon dioxide in the short term.

“The satellite data is damning for Glencore, as it has failed to disclose to shareholders the excessive methane emissions from its Bowen Basin coal mining operations.

“The underreporting of methane emissions is a material risk for shareholders, and this analysis is yet another reason to vote against Glencore’s progress on its climate plan at its AGM on 28 April.

“Whether this is a mistake or a blatant misreporting of emissions, the Board needs to be held to account. As such, shareholders should oppose the re-election of Peter Coates given his role as Chair of the Health, Safety, Environment and Communities Committee.

“Glencore’s entire climate strategy should be called into question.

“Glencore has previously attempted to discredit the peer-reviewed research which identified excessive methane emissions from its Hail Creek and Oaky North coal mines. Given Glencore’s record of disputing climate science, this is hardly surprising.

“It’s possible that the excessive methane emissions from the Hail Creek mine were intentional—the result of a process known as premining degasification, where methane is intentionally vented or flared for safety reasons. If Glencore knowingly excluded the emissions from its disclosures, then it points to a much more critical governance issue within the company.

“Glencore has not disclosed to shareholders how it measures and manages methane emissions from its coal mining operations, nor how it intends to reduce those emissions in order to meet its emission reduction targets.

“Even the International Energy Agency believes that Australia is underreporting fugitive methane emissions in its national inventory.

ACCR’s analysis of Glencore’s progress against its climate plan is published here. 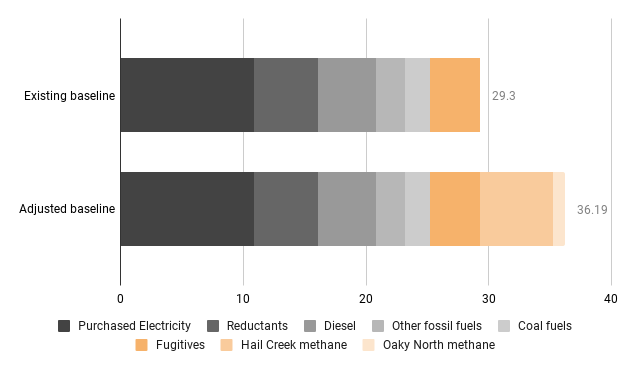 Glencore Plc is a multinational mining and commodity trading company.