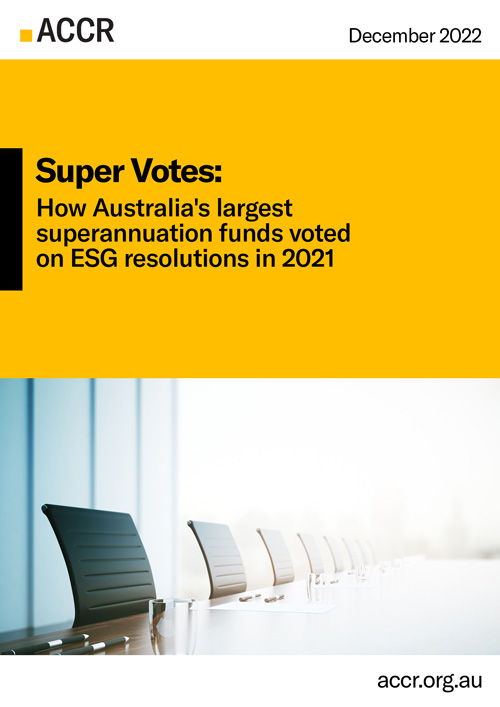 This is ACCR's fourth annual report on the disclosure and voting practices of Australia's largest superannuation funds.  It focuses on 518 environmental, social and governance ('ESG') proposals filed in 2021. It also considers trends between 2017-2021, when ACCR first began to collect this data.

The report highlights the disclosure and voting practices of the 30 largest super funds in Australia. It emphasises the importance of good disclosure as a measure of accountability to members, consistent voting as a measure of proper governance, and the consonance between how a fund positions itself in theory (for example, as an investor which is sensitive to issues such as sustainability) and how it votes in practice.

D﻿ownload this summary or our full analysis.

ACCR would once again like to dedicate this report to the life and memory of climate activist Leif Justham. Leif was killed in 2021, while on a cycle across the Nullarbor. Leif undertook this journey to raise awareness of the relationship between climate change and investment, and to promote urgent climate action.

We want to thank Leif's family for their ongoing support for ACCR, and we encourage readers of this report to read about Leif's legacy at: http://www.leifjustham.com/

Leif Rides On… A message from Leif's family

Leif grew up in the Adelaide Hills and always loved being outdoors. He cared deeply about climate change and spent time learning about ways we can each reduce our impact, particularly by changing super funds. Leif actively encouraged others, convincing family, friends, and colleagues to follow his lead, but wanted to do more.

In March 2021 Leif rode out of Adelaide on his beloved push bike. His epic goal: to ride solo around this vast continent and along the way raise awareness about divestment and our collective power for change. Leif spoke with anyone and everyone he met, starting conversations about the power of choosing super funds and banks that don’t invest in fossil fuels, and inspiring them to make the change. In two weeks, Leif rode almost 2000 km and was loving it. However, his journey was tragically cut short on the morning of April 6 when he was killed, struck from behind by a truck on the ‘90 mile straight’ of the Nullarbor plain. 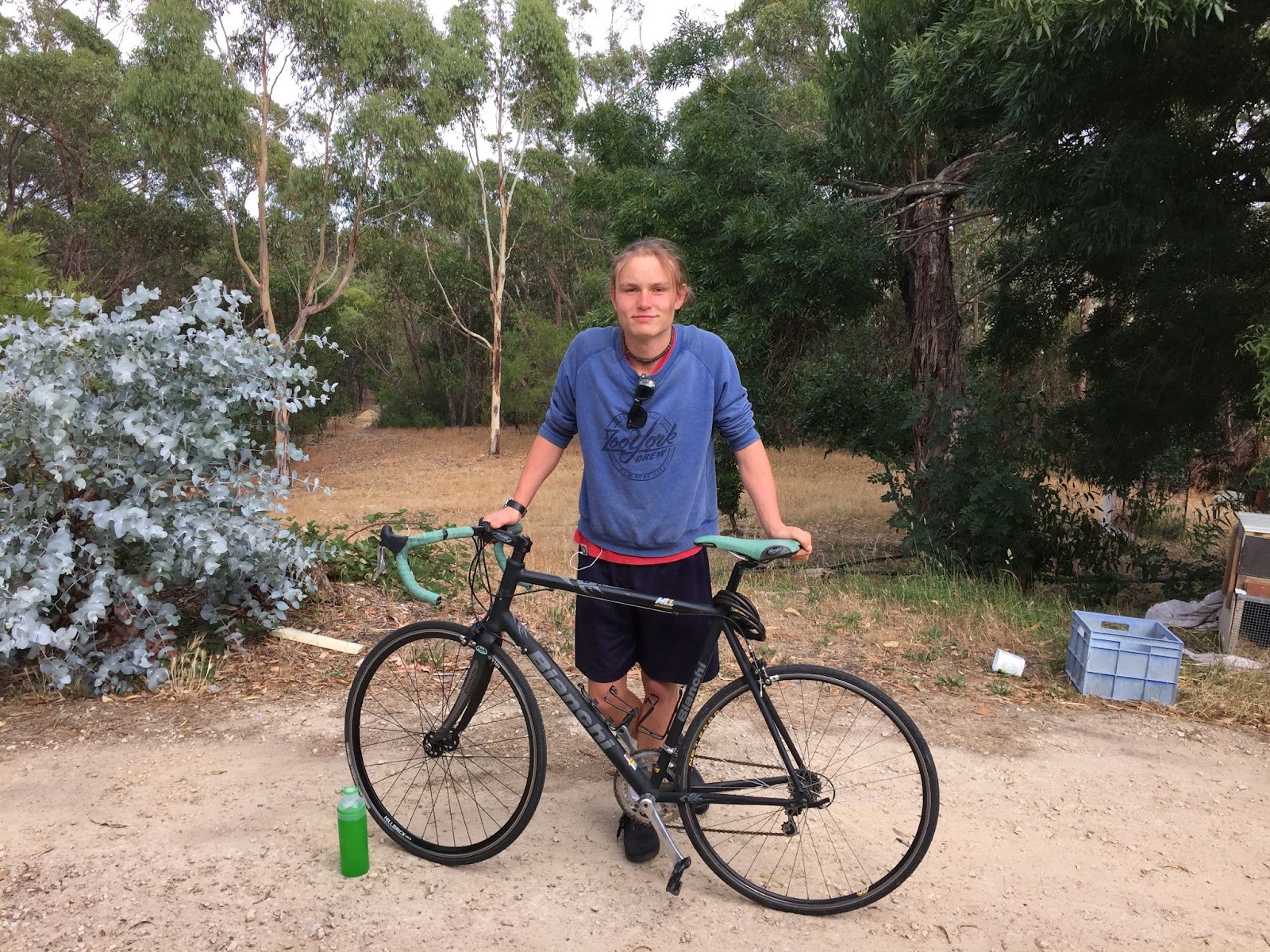 At only 21 Leif inspired many and left a huge legacy. As a family and community, we have established a small foundation called Ride On Leif to continue to share his story and honour that legacy. In the 18 months since his death, Leif has been acknowledged by politicians from all sides in State and Federal Parliament. Awards have been created in his honour, articles have been published and a short film is being made about his story and legacy. Artists and designers have dedicated work and exhibitions to him, and Leif’s own super fund has planted a small forest as tribute. Closer to home, hundreds of people have helped in regenerative planting projects across several locations – all dedicated to Leif.

The dedication of this report is yet another example. Leif believed we each have the power to change the world for the better and we thank ACCR for dedicating this year’s report to him and commend its work for our shared environment and planet.