The Australasian Centre for Corporate Responsibility​ (ACCR) is commenting on the decision by the AGL Energy (ASX:AGL) board to reject a second bid from the Brookfield consortium of $8.25.

According to ASX disclosures, the directors of AGL have failed to match their view of the company’s worth with personal investment in the company.

“By rejecting a second bid of $8.25 per share, the board of directors is gambling other people’s money that the planned demerger represents better value for shareholders.

“AGL directors have consistently failed to invest their own money in the company, according to ASX disclosures.

“If the AGL directors believe the company is worth $9 or $10 a share, why on earth haven’t they been buying the stock, when it’s trading around $7.40?

“CEO Graeme Hunt has claimed that the Brookfield consortium should be offering a 30% premium to the current share price.

“If Hunt genuinely believes the company is worth that much, why has he not spent his own money on AGL shares since September 2018, despite receiving millions in remuneration since?

“Only Graham Cockroft, who joined the board in January, has purchased stock on-market since AGL fell below $10.

“The board of AGL has overseen a catastrophic decline in the share price of more than 70% since its highs in 2017. The board has watched like a deer in headlights at the erosion of the share price.

“The current directors have fundamentally mismanaged the energy transition, yet are asking shareholders to ‘trust them’ on the demerger. Shareholders should rightly be skeptical.

“The lack of ‘skin in the game’ from AGL directors suggests that institutional investors and retail shareholders are bearing the cost of the board’s poor decision making.” 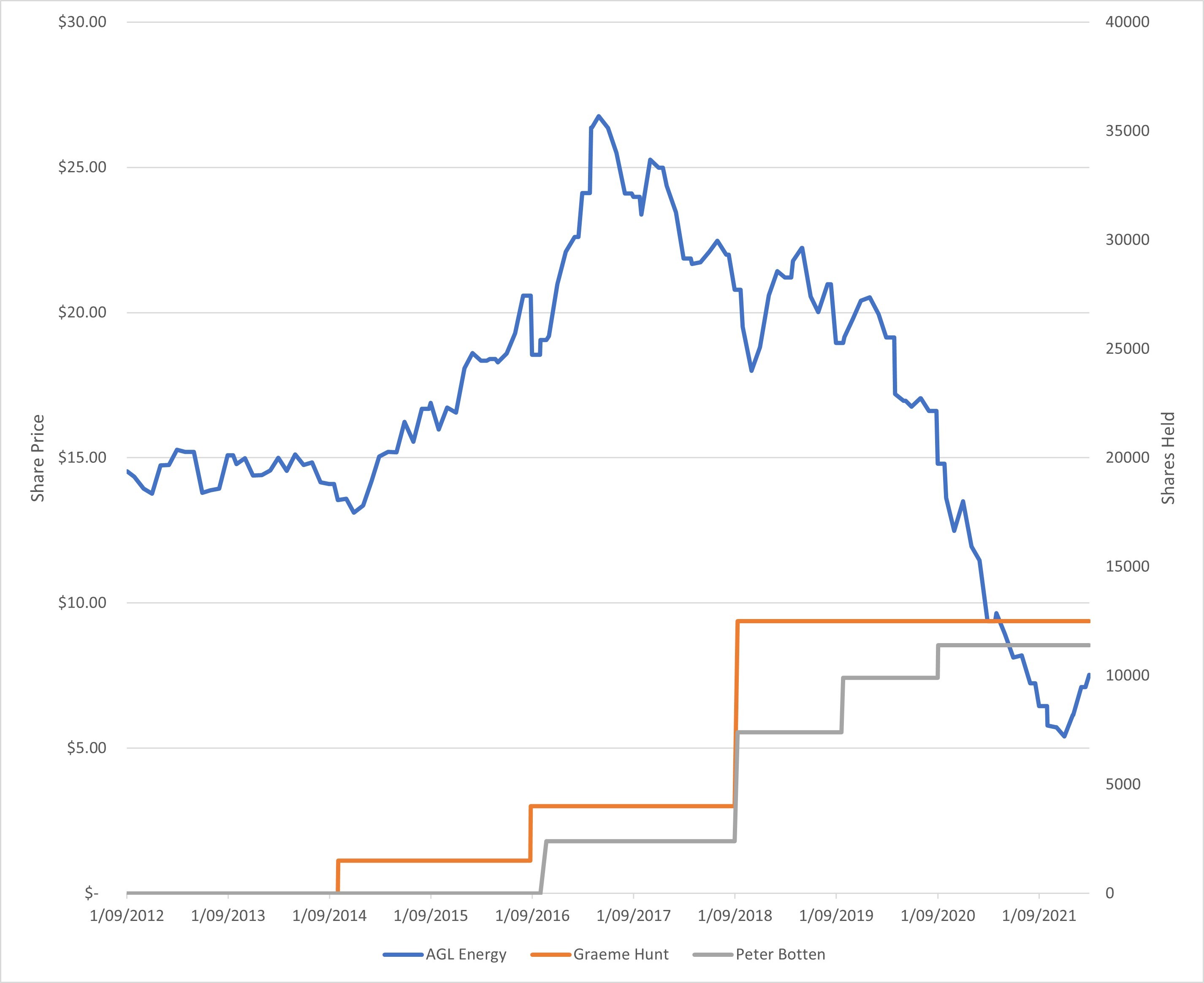 *Awarded at nil cost as part of CEO package